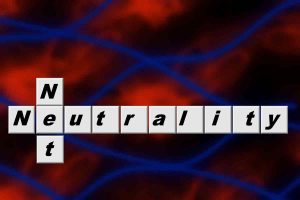 On December 14, 2017, the Federal Communications Commission repealed the Net Neutrality rules put in place by the Obama administration in 2015. After the decision was made the media quickly flooded with articles about Net Neutrality being dead and attempts at explaining what this would mean. We are not aiming to address the political angles, or any moral or immoral implications of this issue, because we believe there are more than enough sources for that information.

However, as a website hosting provider, we have been watching this issue closely and have received questions from our customers regarding what this repeal means. We’d like to do our best to outline the basics as neatly as possible for our customers.

What is Net Neutrality?

Net Neutrality is the concept that all internet traffic has the same priority level. With Net Neutrality laws in place, nothing on the world wide web can be blocked, given priority, sped-up, slowed-down, or otherwise enhanced or inhibited.

What Does the Repeal of Net Neutrality Mean?

Internet Service Providers (ISPs) will no longer be required to offer equality for all Internet content.  In theory, they will now be able to limit, restrict, throttle, or manipulate access to content at their discretion.

What this means in the real world is not so clear, as there are numerous ways in which this could proceed.

It is possible that there will be legal action that reverses this decision, although this could take a while.  No lawsuit can be filed until the repeal goes into effect, and currently the new rules are waiting to be approved by The Office of Management and Budget.  The New York Times discusses details of what those legal arguments may be and how the FCC may defend themselves.

The ISPs Have All The Power

Once the repeal of Net Neutrality goes into effect, the ISPs will have the power to do whatever they would like. Potential future scenarios include:

What Will The Future Hold?

At this point there is no clear answer for what the repeal of Net Neutrality will mean for the individual user, business owners, and streaming media providers.  We will be keeping a close eye on the issue and will continue to address issues that may arise for our customers.