We’re Having a Birthday!

This week marks 16 years in business for our Anoka based website development company. We’ve grown a lot over the past 16 years, and continue to grow each year.

Today we have a committed team, each member contributing to our development, marketing, and support processes. Our staff is also dedicated to business growth, and we work hard every day to reach our goals. Here’s what the team looks like today:

16 years. I’ve been thinking about my own life at the age of 16, and remembering what a year that was. In the throes of my teenage years, I was developing deep friendships, getting my driver’s license, thinking about my future career plans… all while playing trumpet in the jazz band and rocking my collection of homemade pants.

Reminiscing on my 16th year got me thinking about the rest of our team. Imagine, if you will, every member of Iceberg being transported back in time to the age of 16. I’ll make this easy for you by providing a visual:

Who was this motley crew of 16 year olds? The team shared stories and fond memories of our teenage years with one another. Here’s what Iceberg looked like when we were all Sweet 16.

The owner of Iceberg, Jessi, was technically employed as a Box Office attendant at the local movie theater. Though she never actually worked – she was just in it for the free movies and popcorn, and gave most of her hours to other employees wanting to pick up shifts. She spent her days after school either in the band room or at theater practice, collecting Dr. Pepper cans to hang from her bedroom ceiling. You could find her cruising around with her friends, listening to 1990s Country (or the hit song of the year – “Wannabe” by the Spice Girls) in her Oldsmobile, decked out with glow in the dark stars on the ceiling. All while wearing those homemade pants.

While Jessi was already dabbling in web design, Iceberg was still a far-off dream. She never imagined that one day she would be working with Shane, who heads up the Sales & Marketing department today. Right around the same time, Shane at age 16 was living in Cedar Rapids, Iowa with Outkast’s “Spottieottiedopaliscious” on repeat on his Walkman. He was into camping, fishing, road trips, and enjoyed soccer and football. Shane gained some career experience at the age of 16 working as a dishwasher at The Irish Democrat – and he was sure he was on the path to become a teacher one day.

But the fun doesn’t stop there! Our head of Operations, Kari, was living the life at age 16. Imagine her rocking out to “The Sign” by Ace of Base. She spent nearly all of her time at the mall, though she also worked occasionally at her local movie theater in Crystal, MN. She didn’t have a car to take her to the mall or to work, but luckily Kari was an athletic teenager, and Track & Field was her jam. She had her sights on becoming a physical therapist or a lawyer.

Moving right on to our Project Manager and Head of Finance, at 16 Mariann was a David Bowie die-hard, growing up in Cambridge MN – not too far from where she lives today. Mariann was (and still is!) an avid sewer, and dreamed of one day becoming a fashion designer. Her billing finesse comes from her experience working unpaid during the summers, helping out her mom with filing, mailings, and other admin work.

Our developers, Kyle and Josh, had no idea they would land in their careers in development at the ages of 16. Kyle lived in Lake of the Ozarks, Missouri – and his childhood filled with travel and cultural experiences had him convinced that he was on the fast track to becoming a Bush Pilot. Kyle was a soccer player, and he spent his summer breaks working on a gas dock, filling up and cleaning boats and yachts.

Josh spent his mid-teenage years listening to the Grateful Dead, and playing in a really bad garage band. Destined to become a musician or a writer, you could find Josh and his guitar cruising down the streets of Minneapolis in his parents’ minivan. He made a few dollars on the side bagging groceries, while studying Literary Arts and attending a writing camp the summer of his 16th year.

Speaking of writing – we wouldn’t be where we are today without our content writer, Heather. An ambitious teenager, Heather lived in the dorms at the Perpich Center for Arts Education, and coincidentally Josh was in the same writing class as she was in 1993! At home on the stage, Heather lettered in theater by the age of 16. She also drove a family car – her dad’s Nissan Sentra. Her passengers had to climb through the driver’s seat, as the passenger door didn’t open, and she got really good at driving with a muddy windshield, as the washer fluid never worked. Heather spent her summers working for $3/hour at an Arabian Horse Farm, while dreaming of one day becoming…a writer.

What’s an agency without an SEO and Marketing specialist? Hattie handles marketing for Iceberg and our customers – but when she was 16, Hattie lived in Clinton, IA and was busy with with orchestra, choir, drama, and ballet. She played the string bass and was center stage in musicals, including “Into The Woods” and “Chorus Line.” Another teenager with a worn-down car, Hattie drove a Ford Aerostar with no heat and a broken gas gauge. When she wasn’t stranded on the side of the road after unknowingly running out of gas, Hattie worked at the local radio station and dreamed of one day becoming a radio personality.

And, if you’ve called Iceberg recently, you’ve definitely had the pleasure of talking with our CSR Jessie. A cheerleader from Ogilvie Minnesota, Jessie spent her 16th year dancing to Prince’s “Raspberry Beret” and crushing on Magnum P.I. She daydreamed of becoming a private investigator just like Magnum, while working as a cashier at the local Holiday station. Jessie loved hanging out with friends, visiting their family cabin near Brainerd, and driving her sister’s 1975 red Pacer when she wasn’t around.

And there is your peek into the teenage years of the Iceberg Penguins. While we are definitely all skilled in what we do today, I can’t help but imagine a company run by a bunch of kids with an eclectic taste in music, with jobs ranging from teaching to fashion designing to practicing law, all while getting around in bush planes and borrowed minivans.

If this sounds like the kind of group you’d like to get to know, give us a call at 763-350-8762. Today, we are proud to be your website developers who answer the phone (and sometimes still make their own pants)!

0Shares
About the author

Jessi Gurr is the Master Penguin at Iceberg Web Design. She is an entrepreneur at heart, and loves all aspects of business growth, branding, and team building. Jessi frequently speaks at WordCamps throughout the US and internationally, and holds positions on the board at the Anoka Area Chamber of Commerce and Montessori Renaissance Academy, both in Anoka, MN. In her spare time, she enjoys vegan cooking, organic gardening, and spending time with her two young boys.
PrevNext 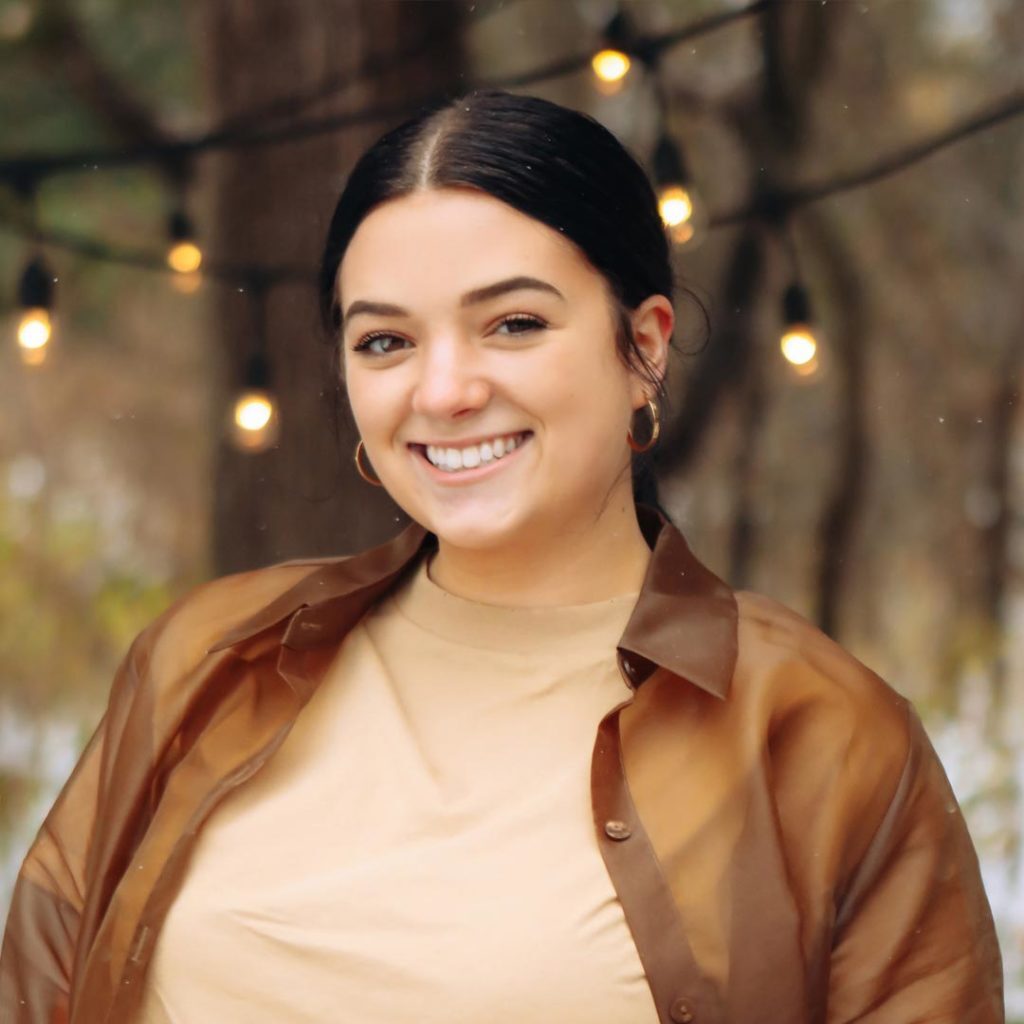 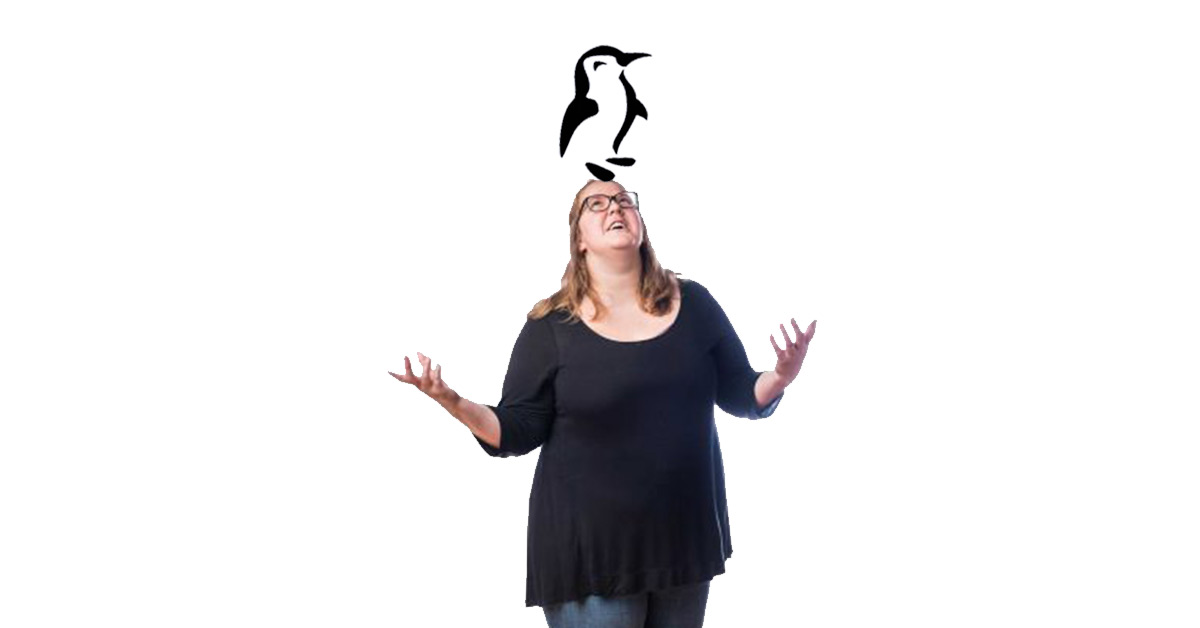 Are you ready for Business Growth?